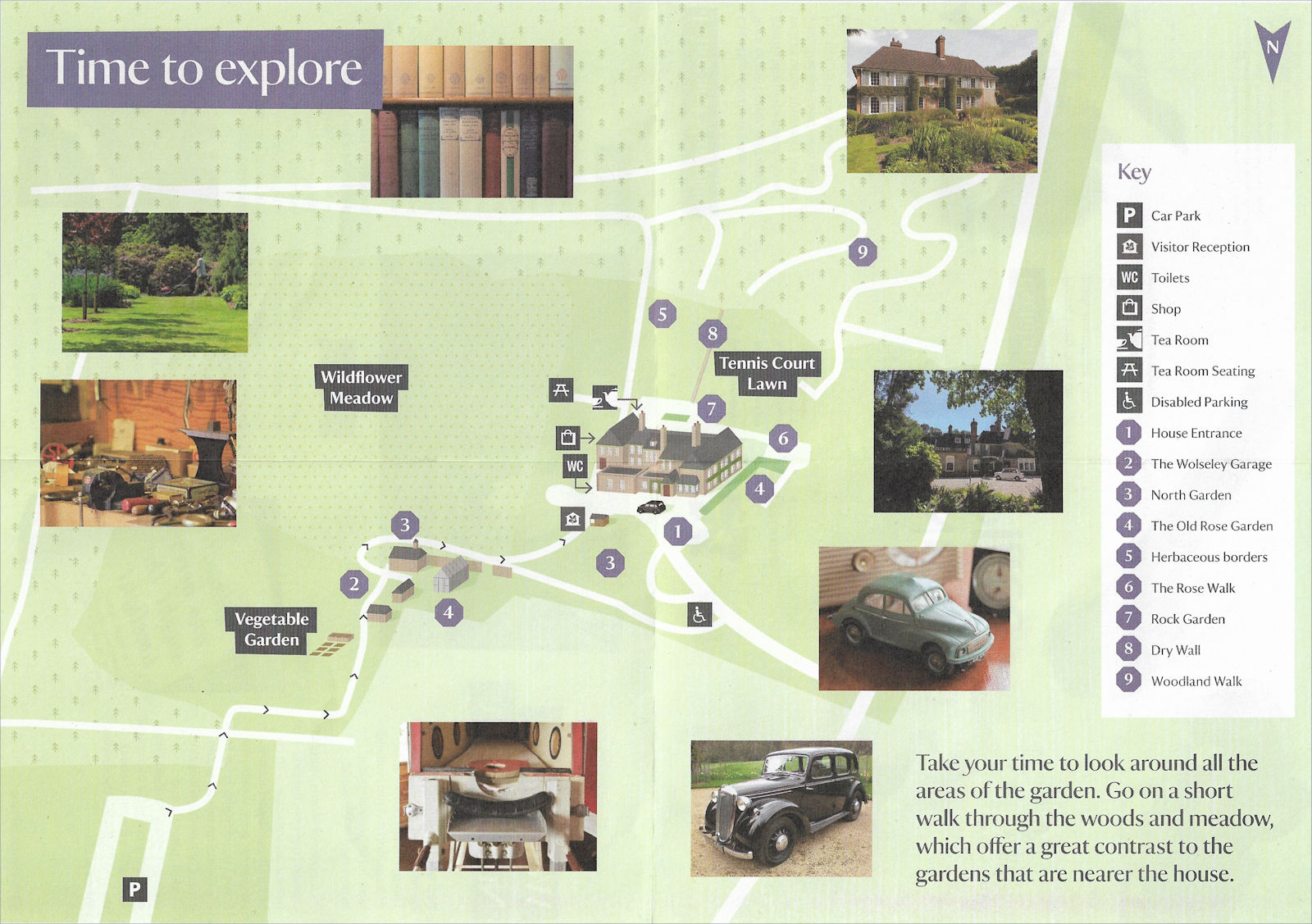 Please be aware that the driveways and parking areas are 'live' throughout the day and National Trust visitors will be milling about and not used to avoiding moving traffic on the paths as our own members might. You'll be collected by a marshal in groups of ten and escorted around to the front of the house for your photo, and then escorted back to your parking spot. You'll have plenty of time to take photos in your 'block' of vehicles, so please don't try and get up the drive out of sequence - it'll only snarl things up! Time permitting, we will also try to get vehicles which have not prebooked up to the house for a photo.

A little about Lord Nuffield

If understatement was a defining characteristic, so was determination. Born in 1877, Morris was apprenticed to an Oxford bicycle repairer aged 15. Nine months later, he had left and set up on his own, opening a bicycle-repair firm in his parents' front-room. As it expanded, he moved to premises in the high street and extended into motorbikes, then cars. His breakthrough came with the creation of his own car, the rather basic Bullnose Morris, whose centenary is celebrated this year. It was Britain's equivalent to the Model T Ford, an affordable mass-produced car.

As soon as he began making money, Morris began giving it away. His first donation, in 1926, was £10,000 to Oxford University, for the foundation of a Spanish-speaking school. This was partly out of self-interest, as he wanted to take on Henry Ford's dominance in South America, and could find no Spanish-speaking employees. His next £10,000 gift, that same year, was to the Home Office, for a fund to enable parents to visit their children in young offenders' institutions. Over the years, he gave away £30m - equivalent to about £700m today.

Morris fell out with the local council at one point - over mechanised public transport; they refused to replace horse-drawn buses with motorised ones. Overnight, he hired a fleet of buses and introduced them himself. The public immediately preferred them and the council was forced to adopt them.

Nuffield's legacies are too many to list them all, but after creating great wealth and social change, he died in 1963, childless and in mourning for his wife.

Yet his home is a fitting legacy to a very 20th-century figure. He loved smoking, which he did enthusiastically all his life, cruises and golf. And it was the latter that brought him to Nuffield Place - he played at the Huntercombe Golf Course over the road.

Local legend has it he was barred from playing for being a tradesman, so when he was rich he came back and bought it. There's no evidence to support that part of the story, though he did buy the club, and changed its rules to allow women to become members, and dogs to go on to the course. "I just want to pass out feeling I've done my best for mankind," he once said. He certainly gave it his best shot.

THIS MICROSITE IS A SUBSITE OF MMOC.ORG.UK